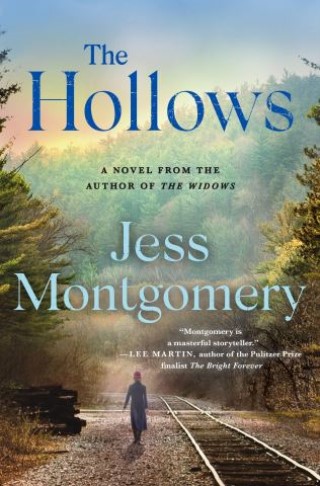 Jess Montgomery showcases her skills as a storyteller in The Hollows: a powerful, big-hearted and exquisitely written follow-up to her highly acclaimed debut The Widows.

Ohio, 1926: For many years, the railroad track in Moonvale Tunnel has been used as a shortcut through the Appalachian hills. When an elderly woman is killed walking along the tracks, the brakeman tells tales of seeing a ghostly female figure dressed all in white.

Newly elected Sheriff Lily Ross is called on to the case to dispel the myths. With the help of her friends Marvena Whitcomb and Hildy Cooper, Lily follows the woman’s trail to The Hollows—a notorious asylum—and they begin to expose dark secrets long-hidden by time and the mountains.

Jess Montgomery: JESS MONTGOMERY is the Literary Life columnist for the Dayton Daily News and former Executive Director of the renowned Antioch Writers’ Workshop in Yellow Springs, Ohio. Based on early chapters of The Hollows, Jess was awarded an Ohio Arts Council individual artist’s grant for literary arts and the John E. Nance Writer-in-Residence at Thurber House in Columbus. She lives in her native state of Ohio.