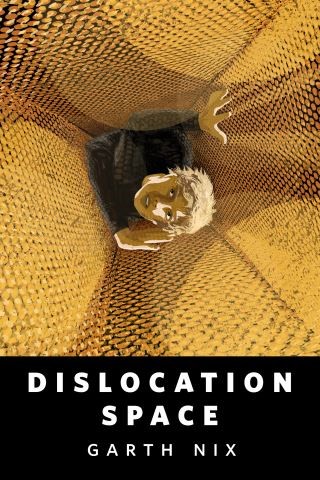 A Soviet political prisoner is ordered to use her unique talents to explore a strange scientific phenomenon in this imaginative short story of alterative history from the international bestselling author of science fiction and fantasy, Garth Nix.

It could be a trap…or a way out. Find out in Dislocation Space, a Tor.com Original.

At the Publisher's request, this title is being sold without Digital Rights Management Software (DRM) applied.

Garth Nix: Garth Nix was born in 1963 in Melbourne, Australia. A full-time writer since 2001, he has worked as a literary agent, marketing consultant, book editor, book publicist, book sales representative, bookseller, and as a part-time soldier in the Australian Army Reserve. His books include the award-winning young adult fantasy novels Sabriel, Lirael, Abhorsen, Clariel and Goldenhand; the dystopian novel Shade's Children; the space opera A Confusion of Princes; and a Regency romance with magic, Newt's Emerald. His fantasy novels for children include The Ragwitch; the six books of The Seventh Tower sequence; The Keys to the Kingdom series; Frogkisser!; the Troubletwisters series, Spirit Animals: Blood Ties, and Have Sword, Will Travel (with Sean Williams). Garth's other books include Let Sleeping Dragons Lie (with Sean Williams) and Angel Mage. He lives in a Sydney beach suburb with his wife and two children.